Chanting naked in the bush… err, maybe not 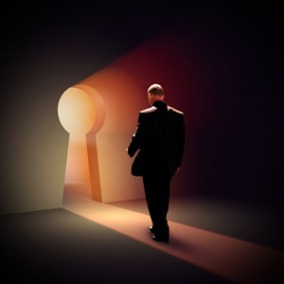 How long has it been since you stopped and took a couple of deep breaths, pondered your navel, and performed a stock-take on life? Can you still locate your navel? See anything below it?

I know I haven’t done such a stock-take for more than a decade and, I’m sure, probably far longer. If you take a look at my work history (http://au.linkedin.com/in/marktipping) you’ll see I’ve been self-employed, either as a contractor or a business owner, for basically the past 18 years. And that’s been a whole heap of work.

Like many, I’ve ridden the feast vs famine tides. I’ve lived a life that, on reflection, was far more in tactical mode than strategic – get the next contract, find someone to deliver an outcome, keep paying the bills, and try to steal a few days here and there to call a holiday. All the while knowing there was so much more to do and so little spare capacity to deliver it.

Heck, I planned to take six months off in 2001 after my first daughter was born, but my good mate Stocko had me at a seminar on the Gold Coast the day I left work – only to then spend the next six months, not with my new daughter, but working on creating a new business. Then factor in my life’s other noises: an acrimonious relationship with the ex; two pre-teen daughters; and, step-fatherhood. There’s a lot of sh*t going on!

When I decided it was time to live and promote a new way of doing business – a world where business is measured by what it gives not what it takes – it was a pure, idealistic and genuine idea.

I also realised I needed to clear away some of the noise and the occasional self-doubt, to dis-empower the naysayers, and to always, without exception, “walk the talk”.

I first met Sally Anderson back in 2003. She was in Melbourne on her way home to Auckland after competing, (and finishing runner up), in the Female Body Sculpting Championship.

Now, if you have never seen a competitive female body sculptor at their peak, then do yourself a favour, track one down. Wow! Talk about an elite athlete!

And it was this same focus, dedication and her ‘fit’ with the world that just seemed to flow from Sally in everything we discussed that really impressed me.

She was simply one of the most successful, balanced and connected people I had ever met. I learned she had overcome some considerable adversity, and transformed that to be her strength. She learned there were two ways she could live life: in fear or in love; and at the end of the day, it was her choice.

About a year later I watched a story about Sal on New Zealand’s version of the “60 Minutes” programme and I learned the extent of the adversity she has overcome. At just 16 years old she was the victim of one of the worst reported crimes in the history of New Zealand and here she was, face to face, with one of the perpetrators.

Sally Anderson was abducted and repeatedly gang raped at the hands of the “Mongrel Mob” for some two and a half days. 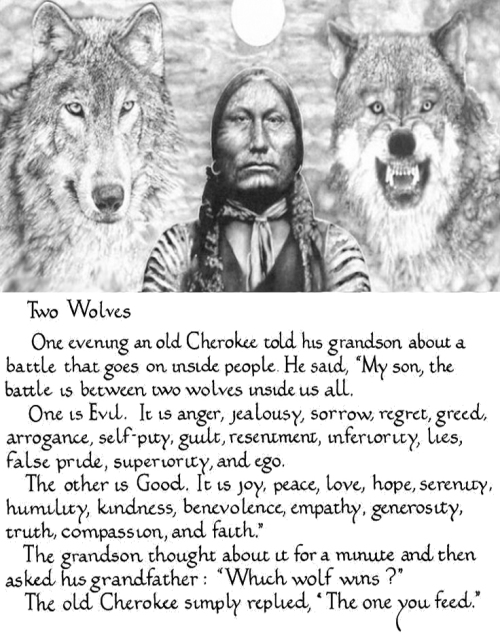 The two wolves inside us all

She then lived two decades of the most dysfunctional behaviour imaginable but as a result she now believes this was part of her life apprenticeship for what she does today. Her story of survival, courage and transformation was profiled in September 2004 in the interview that garnered 60 Minutes’s highest rating ever, and Sally’s immediacy, charm, and total enthusiasm for life is evident. That’s because what Sally has to say is exactly what the millions who are interested in a more conscious approach to life – who want to experience in everyday reality – will find in Sally the practical path to greater awareness that they are seeking. The documentary was an extraordinary testimony to human survival and commitment to the highest level of human performance against all odds.

I cannot even imagine how terrifying and confronting that would have been for any of us, and yet, there on TV, was Sally sincerely and compassionately forgiving this mongrel of a man.

Anyhow, we’ve kept in touch, albeit infrequently, since we first met and I’ve followed Sal’s progress with her business and her brand with much interest. You can find out more easily: http://nz.linkedin.com/in/sallyanderson2010 – http://www.sally-anderson.com/ – www.sally-andersonblog.com  – www.freefallexperience.com – www.freefallselfimprovement.com

GET SOME FOCUS MAN

With all that’s going on these days it was time for me to take a brief moment and do the housekeeping in my head – I wanted to get away and clean up some stuff or throw it out altogether.

Some friends started making jokes about chanting naked in the bush, at some superficial compliment festival. (“Gee you are a good person… oh, and you are a good person too, let’s hug!” Sorry, but I think that’s all a wank.) And about motivational camps that are great on the day but fade away very quickly. Well, I knew I wanted nothing like that.

To me where to go was a no-brainer. Along with her CEO-level experience, executive coaching and leadership coaching, Sal runs a business called Freefall that provides a seminar called The Freefall Experience. It’s described as “a life altering, intense three-day experience and is recognised as a uniquely powerful process that produces extraordinary results – sustainable personal & professional transformation”.

It was a big claim. But, cool. We want extraordinary sustainable results with what we’re trying to achieve with The Different Company so I dropped Sal a line and a few weeks later Vanessa and I were heading across the Tasman ditch to experience Freefall – whatever that meant for our heads.

I’m not going to go into detail about how the seminar is run (very professionally) and what happens (be prepared because Sal doesn’t pull any punches!) but it’s certainly not some bare-breasted, naked, tree-hugging love fest of mutual compliments. As the blurb says:

“The Freefall Seminar curriculum has been designed after 20 years of in depth research into identifying what people want, what hinders people in achieving what they want, and the solution to sustaining change in one’s life. It is a tried and proven programme which provides a new level of awareness of what it means to lead an empowered life!”

It’s supportive and safe yet it’s also confronting and challenging at times as it peels back the bullshit to look at root cause rather than just treating symptoms.

I simply can’t recommend this enough and in general I hate seminars, motivational speakers and the general hypocrisy surrounding that so-called industry.

This is none of that – I’ve even already suggested to a great mate that he and his better half should jump the ditch next month.

In fact, there are very few people and even fewer communities that wouldn’t benefit from what Sal does and her client list ranges from various ethnic/cultural backgrounds, industries, countries, vocations in life, from the shop floor worker to the CEO. I warmly recommend you check out http://www.freefallexperience.com/email/3-day-seminar-may2012.htm

Companies always have their Vision and Mission statements and their core beliefs and behaviours. Sometimes they’re just a faded yellowing photocopy on the staffroom wall. Sometimes they infuse everything about a corporate DNA.

Our vision is a world in which companies are measured by what they give, not what they take.

Our mission is to lead a revolution in the way companies do business.

That’s great and it really is what guides us in our business. But a business is made up of many individuals, each with their own – hopefully complementary – core beliefs and behaviours.

During the Freefall Experience I learned my core motivators are:

It’s another “big statement”. But I like it. It keeps me focussed on the bigger picture. It doesn’t limit me. And when you look at my background, what I have achieved, and where I haven’t, my past journeys, and the journey I am now on, it all fits.

But what do you think? Is it just a bit wanky, high falutin’, or does it summarise the journey we are travelling – because, like it or not, you are participating in this journey one way or another, too, just by reading this article. Or by working with us. (I’d really love your feedback and comments, by the way, either on here, or privately.)

MY ULTIMATE TAKE OUT

Please appreciate this: Vanessa and I – and the people we work with – are already intelligent, professional, successful and driven high achievers. We don’t do or need motivational seminars, tree hugging escapes, or feel good retreats; we operate in the real world and expect real results.

Looking back now from the comfort of my office, gazing over the busy streets below, I know both Vanessa and I got far more out of these few precious days of self-reflection and discovery than either of us expected.

We have clarity. We have an enlivened partnership. We have a new sense of purpose. We have renewed belief in ourselves. We are focussed. We are committed. We have tools to deliver sustainable professional and personal transformation. We have the plan to deliver our goals. We don’t have all the answers though – we know we will achieve our goals – we just may not quite know how, just yet.

Oh. And now, before I sign off for the night, a very sincere thank you to my good mate Yolly for suggesting inadvertently that I name this blog Chanting Naked in the Bush.

This very fine writer and thinker laughingly told me that he once wrote an article on his blog Wellthisiswhatithink – in horror – about how awful popular culture was becoming, having seen a BBC documentary about a guy that was searching for the largest pair of artificially enhanced breasts in the world.

Not un-naturally, the article mentioned “tits”. And now, many months later, his highest rating blog is still the one that mentioned tits – and another, which he cheerfully wrote about how thousands of people were hitting his blog searching for bare-breasted lovelies, and actually finding a couple of snaps of little garden birds. And every week, he still cries with laughter when his blog provider tells him how people stumbled upon his otherwise erudite discussions on morality, current affairs, and marketing while looking for mammary glands of one type/shape/size or another.

So I wonder if the same searching souls pop by here, and if they do, they’ll hopefully stay a while, and read about all the good things they too can do to make the world just a little bit better. Which, after all, is the reason for this blog: to lead a revolution in the way companies do business! So: 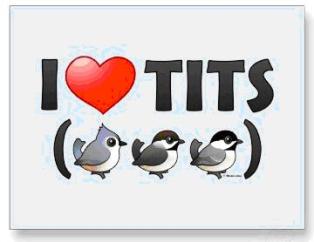 Filed under Business, Everything else, Philanthropy, The Different Company, Uncategorized

4 responses to “Chanting naked in the bush… err, maybe not”