Very pleased to announce the Hon Michael Kirby AC CMG and Emeritus Professor Gillian Triggs were recently appointed as joint patrons of the Bridge of Hope Innocence Initiative at RMIT. 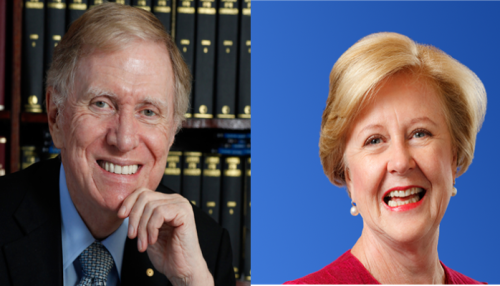 The BoH Innocence Initiative at RMIT is a collaboration between academics, university students and lawyers who investigate claims of wrongful conviction, work to achieve the exoneration and release of ‘convicted innocents’, conduct research and campaign for the reform of issues that may lead to such miscarriages of justice. The Initiative provides assistance on a pro bono basis to applicants who claim they are factually innocent of a criminal offence for which they were convicted.

In addition to enjoying the support of The Hon Michael Kirby AC CMG and Emeritus Professor Gillian Triggs, the initiative is supported by an Executive Reference Group of leading Victorian criminal justice professionals: